Understanding how a latex binder forms a film is critical to understanding how many modern products are made. That’s because so many products we use every day — coatings, adhesives, and composites — are made when wet latex is transformed into a..

Understanding how a latex binder forms a film is critical to understanding how many modern products are made. That’s because so many products we use every day — coatings, adhesives, and composites — are made when wet latex is transformed into a final film material. Film formation is highly modifiable so that the final product is affected greatly by the process and chemistry you employ. Let’s take a deep dive into film formation of latex binders to understand the three essential stages.

Film formation begins when a latex, applied to a substrate, begins to dry. The drying process occurs by way of evaporation, and as water leaves the surface, polymer particles begin to draw closer together. Normally, the polymer particles are dispersed and moving through the water, held apart by electrostatic and/or steric forces, but the evaporative process drives them closer until the balance of forces locks the particles in place. During this first stage — which can last seconds or minutes depending on the evaporation rate — the latex will begin white or opaque and will have very little mechanical strength. At the completion of stage one, most of the water will have left the emulsion, leaving the particles closely packed together.

If evaporation occurs too quickly or too slowly, the film can develop a number of cosmetic and mechanical defects. These defects can be manifested physically in a film that shows skinning, which occurs when high surface evaporation vs. film bulk diffusion occurs. Other defects include pinholes or an orange peel appearance caused by inconsistent surface tension.

At the same time, there are formulation tools, used earlier in the polymerization process, that can impact the downstream drying process. These tools include the use of surfactant packages, leveling agents, defoamers, and rheology modifiers — chemistries that alter the charged polymer chain endgroups and the resulting inter-particle interactions. To learn more, read the Tailoring a Polymer Emulsion Recipe blog.

The deformation stage begins with the polymer particles densely packed within the emulsion and only a small amount of interstitial residual water. In this stage, the rate of evaporation drops dramatically, but does continue. As it does, capillary action gives rise to a large amount of negative pressure, which is strong enough to overcome the ability of the polymer particles to maintain their round shape. As these forces are applied to the particles, they deform and fill the void left by the water. The end result of this stage is a honeycomb structure composed of polymer particles without any residual water.

A critical factor that governs deformation is the polymer’s minimum film formation temperature (MFFT). Particle deformation will occur as long as the drying temperature remains above the MFFT of the dry polymer. If the drying temperature is below the MFFT, then a discontinuous film or powder compact may form. MFFT is typically close to the glass transition temperature (Tg) of a polymer. Many coating-grade polymers are specially designed to have a lower MFFT compared to Tg in order to impart better film formation while maintaining its final level of strength.

Other approaches to lowering MFFT can include the use of coalescent additives to plasticize the surface of the particles and lower the force needed for deformation. These coalescents typically evaporate and add to the VOC.

It should also be noted that there are other driving forces for particle deformation in addition to capillary forces. Dry sintering, for example, occurs in the absence of water and relies on polymer-air surface tension to provide the driving force for particle deformation. Wet sintering, which occurs in the presence of water, is driven by the surface tension between particles and water. In general, dry sintering is undesirable because it can cause air voids, opacity, and stress or cracks to form in the latex film.

In the final stage of film formation, virtually all of the water has evaporated, setting the stage for the real action that transforms a polymer emulsion into its final form with all of the desired properties. This action begins when the boundaries between polymer particles begin to disappear. As this happens, polymer chains in one particle diffuse toward the chains of an adjacent particle and begin to intermingle. This is the essential mechanism of coalescence, and it is sometimes described as polymer reptation, derived from the word reptile, because the movement of long-chain polymer molecules, slithering and sliding past each other, resembles a tangled mass of snakes.

As the closely packed molecules develop interconnected bonds, they form a homogenous structure. This step is critical for mechanical performance; without it, the final film will not have the necessary mechanical strength or performance properties. The glass transition temperature (Tg) is an important variable that governs coalescence. In fact, the interdiffusion process can only occur at temperatures above Tg. Other important factors include drying time, polymer chain length, and polymer rheology.

All of these qualities can be controlled, to some degree, by the film formation process and the specific approach taken to polymer emulsion formulation. A trusted partner like Mallard Creek Polymers can engage with your team to understand your needs and design a formula and process that will deliver optimal performance. CONTACT US to speak with one of our experts today. 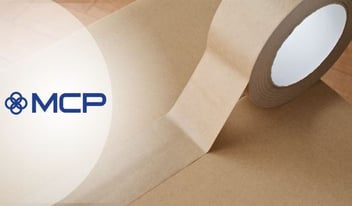