Four Questions for Tailoring a Polymer Emulsion Recipe, Part One

Chemists will ask multiple questions whenever they’re asked to create a recipe for a polymer emulsion for a specific application. In this two-part series, we’ll take a look at the four big questions that they ask in these situations. The first..

Chemists will ask multiple questions whenever they’re asked to create a recipe for a polymer emulsion for a specific application. In this two-part series, we’ll take a look at the four big questions that they ask in these situations.

The first question a chemist will ask when designing a recipe for a polymer emulsion is, “What chemistry?” The answer to this question lies in knowing whether or not the application requires UV stability. That’s where chemists draw the line between a styrene-butadiene emulsion polymer and an all acrylic or styrene-acrylic emulsion polymer. While there are a couple of exceptions, this is the general rule of thumb in polymer chemistry.

The second question a chemist will ask when designing a recipe for a polymer emulsion is, “What glass transition temperature is required by the application?”

There are two factors to consider when designing a synthetic emulsion recipe with a target glass transition temperature (Tg):

The same concept is true for all acrylic emulsion polymers, but polymer chemists can use more than two monomers to build specific functionality into polymer emulsion. They may use other monomers in certain combinations of hard and soft to achieve a certain glass transition temperature. For more information on the glass transition temperature, take a look at this article.

For example, a synthetic latex designed for use within a cement formulation would not have any (or very little) vinyl acid groups on the surface of the polymer, because their presence would retard the cement set. So, when would chemists add vinyl acid groups to a recipe? Vinyl acids provide reactor stability for the polymer. The acids deprotonate at a pH that is characteristic of the specific acid used, typically between around 4.5 to 9.5, and provide more stability to the polymer in the emulsified state. There is a balancing act of surface area and coverage with the charge of the emulsion to keep the polymer stable. When an emulsion polymer is not sufficiently stable, a couple of things can happen. During polymerization, the run will produce high levels of waste as unstable particles collide and stick together – this is called agglomeration. With enough combinations, a particle so large that it is no longer an emulsion will form. The other potential is for the entire emulsion to collapse, forming essentially one particle from all polymeric solids present – this is coagulation.

Another way to add stability to a polymer emulsion is by adding surfactants, which are not attached to the surface of the polymer. Surfactants provide stability to the emulsion at low shear, but at higher shear the surfactant is stripped away and displaced into the water phase of the emulsion. A system whose viscosity reduces at a rate greater than proportional when increased shear is applied is called thixotropic. This is common for many latexes. It can be compared to a system whose change in viscosity with shear is linear, known as a Newtonian fluid. Surfactants used during polymerization can be either anionic or nonionic. It is common for chemists add a ratio of nonionic and anionic surfactants for reaction stability. During polymerization, they typically use anionic surfactants, but some products can include non-ionic surfactants as well. In some rare cases, cationic surfactants are used with emulsion polymers for end use applications such as asphalt modification. After the reaction, post-added surfactants are frequently non-ionic, but may not be necessary depending on the end-use application.

In the second and final installment of this series, we’ll discuss the implications of two more questions that chemists ask when they design a polymer emulsion recipe. 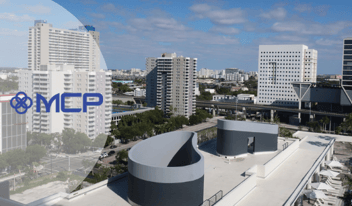