Concrete is an ancient material. It was used in the Middle East as early as 6,500 B.C. to construct floors, housing structures and underground cisterns. In the Roman era, circa 600 B.C., concrete was used even more extensively. Roman engineers..

Concrete is an ancient material. It was used in the Middle East as early as 6,500 B.C. to construct floors, housing structures and underground cisterns. In the Roman era, circa 600 B.C., concrete was used even more extensively. Roman engineers poured their mix into wooden forms and stacked the hardened blocks like brick.

Concrete is just as ubiquitous in modern construction, though the formulas have changed over the years. Whereas ancient mixtures used volcanic ash, lime and seawater, engineers today use Portland cement mixed with aggregates, such as gravel and sand. Portland cement contains a few primary substances, including limestone, sand or clay, bauxite, and iron ore. To make cement, these different components are mixed and heated to form an intermediary, pebble-like substance called clinker. The clinker is then ground down to a powder that is mixed with water to form a paste.

By itself, cement makes an excellent binding agent, but it is prone to cracking. Mix it with aggregates, however, and the resulting concrete is far more durable, capable of lasting hundreds or even thousands of years.

As good as concrete is, it is not perfect. Several conditions can cause concrete to deteriorate, leading to cosmetic issues or more serious structural failures. For example, repeated freeze-thaw cycles can lead to cracking, scaling, and crumbling. Concrete can also suffer damage when it is exposed to certain chemicals. Acids, especially those with a pH lower than 3, react with the calcium hydroxide of Portland cement, forming water-soluble calcium compounds that are then leached away. The chlorides and nitrates of ammonium, magnesium, aluminum, and iron are equally capable of causing concrete deterioration.

That is where additives, known as admixtures, come in. Introducing the right additive can alter or improve the qualities of concrete for a specific application. Polymers, including emulsion polymers, can greatly enhance the performance of concrete, making it stronger and longer lasting. Producing polymer-modified concrete is a simple matter of replacing part of the cement binder with polymer, either in liquid or redispersible powder (RDP) form. Redispersible powders are prepared using a spray-drying process that converts polymer emulsions into powder form. These powders can then be transported to the construction site, added to the cement and finally, when mixed with water, redispersed back into liquid form with essentially identical properties to the original copolymer emulsions. RDPs offer a number of advantages, most notably that more polymer can be carried in each shipment. Also, unlike liquids, redispersible powders are not subject to freezing, which can affect the performance of the concrete.

Because of these benefits, polymer-modified concrete is becoming more and more common. Engineers often choose it for roadways and bridges, both as new construction and as repairs of deteriorated structures. They also specify it for construction of industrial floors, high-traffic pavements, water tanks, swimming pools, septic tanks, silos, drains, pipes and ship decks. PMC also works well as a repairing material, so it can be used to repair stone and concrete architectural elements.

In these applications, the polymer can vary depending on project needs and requirements. Typically, the polymers used as latex modifiers for concrete are acrylics, styrene-acrylics, and styrene-butadiene (SB) latex binder. Each polymer produces characteristic physical properties. For example, acrylic latex provides a very good water-resistant bond between the modifying polymer and the concrete components, whereas use of latexes of styrene-butadiene polymers results in increased strength, balance of tensile and elongation, as well as excellent water resistance. With the additional cross-linking and hydrophobicity promoted by carboxylic acid, the moisture resistance of the polymer-modified concrete increases, making it ideal for wet environments.

When balancing decisions about which polymer to use, cost is always a consideration. In general, styrene-butadiene binders are more cost-effective than acrylics, though if color fastness is important, cost can become a secondary consideration. That is because concrete modified with styrene-butadiene can discolor in ultraviolet light. For certain applications, such as with architectural projects, white cement modified with more expensive acrylic polymers is a better solution to ensure color stability.

Mallard Creek Polymers specializes in the design and manufacturing of emulsion polymers for a wide range of applications, including polymer-modified concrete. We work with customers to understand their design and engineering challenges and to develop emulsion polymers that address those needs, tweaking properties based on the intended application. Contact us for more information. 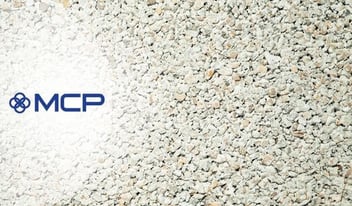